Admire the change of Evzones guards, stationed at the Tomb of the Unknown Soldier in front of the Greek Parliament. Stroll through the Greek National gardens and take in the plants, flowers and trees that have been collected from all over the world. Pass the Temple of Olympian Zeus, the largest of the ancient Greek temples, one of the first to be conceived and the last to be completed. Discover the greatest architectural and artistic complex bequeathed by Greek antiquity to the world. Acropolis, its museum and monuments are considered as universal symbols of the classical spirit and western civilization. The new Acropolis Museum is regarded as one of the best museums in the world. As described in the New York Times the new museum is “one of the highest-profile cultural projects undertaken in Europe in this decade”. Ancient ruins are visible in its floor, and the Acropolis is always visible above through the museum's floor-to-ceiling windows. The cultural experience is supplemented by the museum restaurant that features superb panoramic views. Learn the secrets of the Parthenon and the new Acropolis Museum through this historical tour.

The tour starts outside Syntagma Metro Station. Our tour guide will be holding a Parthenon Tours sign. Please be at the meeting point 15 minutes prior to the departure time of the tour. After a brief introduction of the antiquities inside the Syntagma Metro station your guide will show you the way towards the Unknown Soldier monument and the Greek Parliament. You will witness the Change of Greek national guards (Evzones) and have many opportunities to capture unique photos. You will then head to the Greek National Gardens. During your stroll through the gardens your guide will offer you beverages. The tour continues to the Temple of Zeus and  the Arch of Handrian. Our guide will then take you all the way to the south slope of the Acropolis where you will have the chance to admire Dionysus Sanctuary, Dionysus Theater and the Odeon of Herodus Atticus. The tour will continue through Acropolis’ most famous monuments, the Parthenon, the Erechtheion, the Propylaia and the Temple of Nike. Following our visit at the Acropolis Hill, our guide will take you to the museum entrance. Enjoy the museum’s gallery of slopes, where the transparent floors reveal a maze of excavated sanctuaries and settlements. Discover the history behind the museum’s archaic gallery. Spend some time to admire the Caryatid Ladies. Take a stroll around the modern gallery containing the Parthenon procession which is the crown jewel of the new museum. Exploit the marvellous view to take magnificent photos of the Acropolis. At the end of the tour our guide will provide you a Parthenon Tours souvenir.

Meet with your guide. See the antiquities of the Acropolis Metro Station

10:00 AM - Unknown Soldier Tomb and the Greek Parliament

Change of guards and photoshooting

Temple of Zeus and Arch of Handrian

Tour of Dionysus Theatre and Sanctuary,the Odeon of Herodus Atticus, the Parthenon, the Temple of Nike, the Erechtheion with the famous Caryatides

In Parthenon Tours your safety is our priority during the COVID-19 pandemic and beyond.

“It was a great tour of Athens including the Acropolis, the Acropolis Museum and the Parthenon. Our guide was very knowledgeable and enthusiastic.” 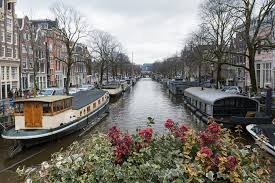 Lucas Janssen
“It was a great tour which cover the key highlights of Athens including the new museum and enough walking time at the Acropolis!” 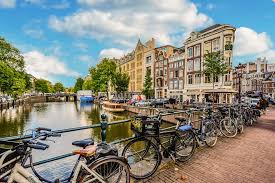